It is with deep sorrow that we announce that Jorge Canestri has passed away last Friday May 7th, 2021: a painful loss not only for his family, for his friends and for our Italian Psychoanalytical Association, but also for the whole psychoanalytical community.

Jorge Canestri was born in Buenos Aires in 1942, graduated as MD in Argentina and immigrated in Italy with his family when the situation in his country was dangerously deteriorating and led to one of the most murderous dictatorships. 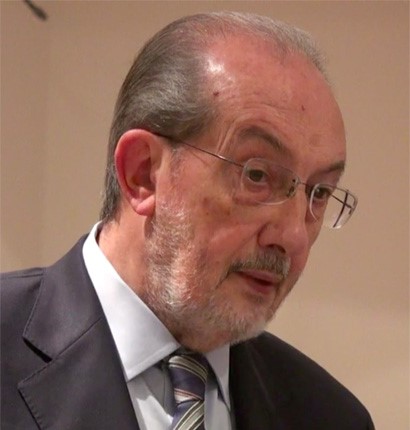 Having a common Argentinian background Jorge contacted me upon his arrival in Roma, where I had been living since 1974 and that was the beginning not only of a deep friendship, but also that of a constant creative cultural collaboration. The latter, not only from a clinical and a scientific viewpoint which led, together with Simona Argentieri, to the publication of the book entitled “The babel of the Unconscious”, translated in several languages. It also regarded active and intense co-involvement within institutional policies and politics that confronted us within our original Italian Psychoanalytic Society (SPI) with complex institutional and ethical conflicts until the IPA recognized the new Italian Psychoanalytic Association (A.I.Psi.) in which Jorge was very active, both as president of A.I.Psi., as the chair of its Training Committee and as one of the most brilliant teachers.

Whereas his immense culture and psychoanalytic competence characterized Jorge’s clinical work and his institutional activities in Italy as well as the richness of his publications, these all quickly expanded beyond the Italian panorama, within the European and the international psychoanalytic community. His sharp institutional talent and acute sensibility led him to become the President of the European Psychoanalytic Federation (2016-2020), the chair of the IPA’s Ethical Committee, the President of the IPA Congress in France (Nice, 2001), a member of the IPA Committee on Conceptual and Empirical Research, and the Chair of the IPA New Groups Committee.  In 2004 he was the recipient of the Sigourney Award.

Jorge’s seminars fascinated candidates and students, but not only. His conferences and society’s presentations, as well as his discussions of papers presented, were deeply wise and knowledgeable from a clinical perspective and often very original and creative. One of his main capacities was his ability to expand widely within different cultural perspectives while remaining most adherent to psychoanalytic clinical theory and technique.

He was enormously interested and competent from a cultural perspective in epistemology, neuroscience and linguistics. He was also involved in teaching Mental Health Psychology at the University of Roma III.

Jorge was involved in world wide publications as well as conferences and many of his papers were translated in other languages.

Jorge actively participated within the International Journal of Psychoanalysis as a member and lately as the Chair of the European Editorial Board.

His presence in meetings, conferences and congresses contributed to enrich the discussions.

Jorge will be deeply missed, as a friend, as a colleague and as one of the most brilliant psychoanalysts, both in Italy and abroad.

On behalf of the Italian Psychoanalytical Association (A.I.Psi.)